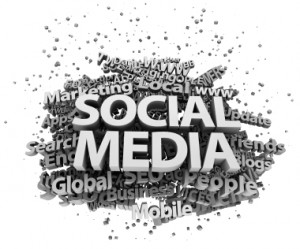 Social media managers are by far the lamest, most influential, sweatiest, noobs in the work force. Don't get me wrong, I was one and this very post is an interesting bit of reminiscing on my part. Sure, the setting wasn't the best, and often times people would point out how copious some folks derriere's were compared to the rest of the male population but, who really cares when your job is actually kinda fun? However, there exist many a folk who think the job of a Social Media "b-yatch" is a walk in a breezy park.

The wonderful...maybe, people at Socialcast created an infographic (grr, everyone knows infographics BLOW) that outlines the day of a Social Media Maven, or MMVENS for shorts. Do you have some serious chops when it comes to culling what could be prescribed as ADHD? Well, a job of this caliber might be right up your alley.